Today hats are not as common as they used to be. There was a time when women would dress up for church on Sundays with a fancy cloche or pillbox, but today, they come out on rare occasions. And the ones for everyday wear tend to be toques, caps or casual styles like the floppy hat.

Men used to wear fedoras as a matter of course. Watch a street scene from an old movie and you’ll see more businessmen in their long coats and fedoras than men without hats. Today hats are so rare they even have a band named Men Without Hats! Most of the hats you do see men wearing these days are baseball caps, toques and the ever-popular poor boy.

The Eaton’s Spring and Summer Catalogue for 1962, however, featured six pages of women’s headgear and another two for men. And the ladies’ hats were pretty fancy. 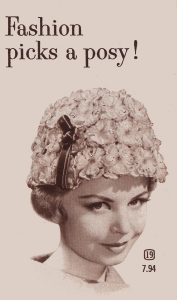 As can be seen in the picture at left, flowers and other adornments were popular. The one at the bottom has sort of a beret style to it.

The one at the right is nothing but flowers.

Surprisingly, the Eaton’s Spring and Summer Catalogue of 1962 did not feature these or any other ladies’ hats in colour.

Today women don’t go for fancy hats so much. The most common hat for women at the Sears website is 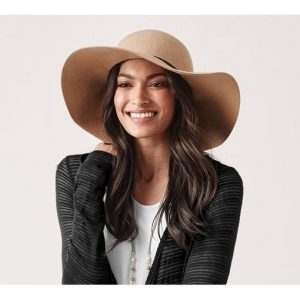 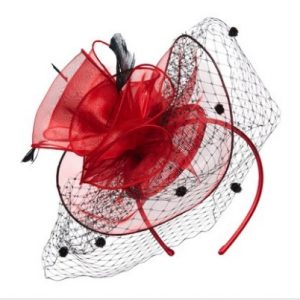 But another type of headgear did become popular in recent years because it was often worn by Princess Kate – the fascinator. Nordstrom has several, including the one shown here, all priced at $54.82.

The pictures at the top of this article are the closest thing to modern fascinators in the 1962 Eaton’s Catalogue. They are from a page of bridal accessories. They ranged from $2.49 to $4.97.

Eaton’s of 1962 also had hats for girls styled very much like the hats available for mom. 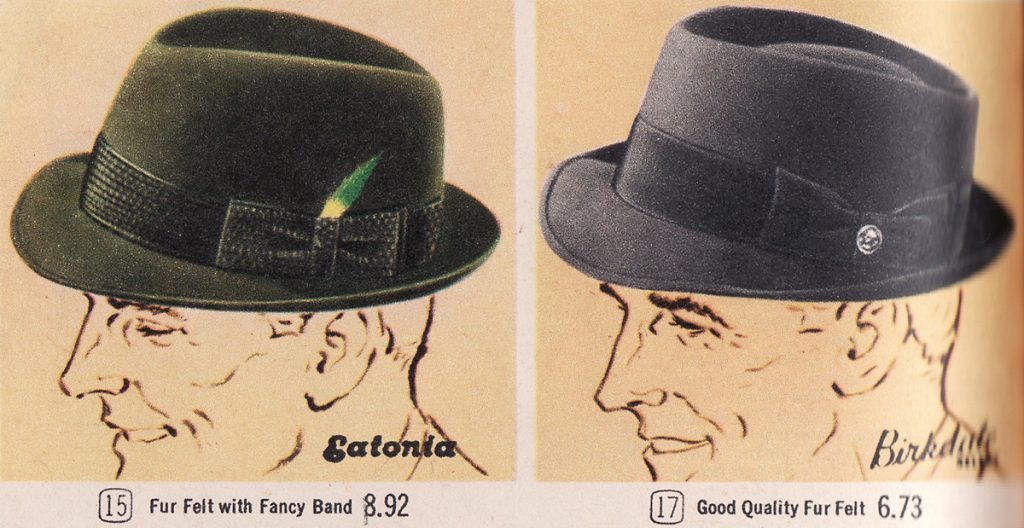 And of course, the baseball cap and the poor boy have always been popular. Cheap at prices from 99 cents to $1.99 or $8.07 to $16.24 in today’s prices. You’d be hard pressed to find a baseball cap that cheap nowadays.

The complete ladies hat collection from the Spring and Summer Catalogue can be found on page 72 – 77 with men’s hats featured on pages 202 and 203.